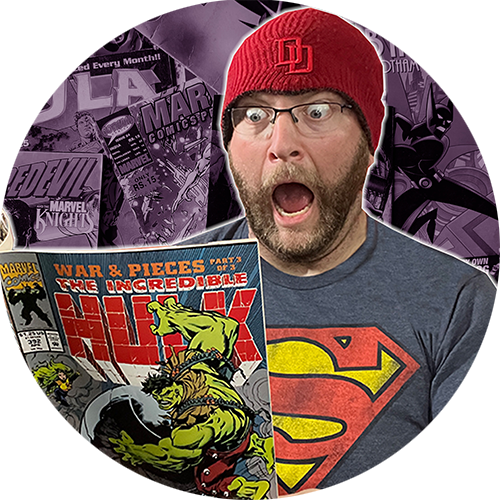 Sean was first introduced to comics by his uncle when he was young and still remembers to this day reading the first issues of X-Men and Daredevil from his uncle's comic book collection. Since then, Sean has been in love with the comics medium, superhero genre, and all types of fandoms and pop culture. He is also the Social Media Engagement Manager and Contributor for Comic Watch as well as the Senior Multimedia Producer for Nerd Initiative.

Sean also spends his time with his wife and son. They love to travel; their favorite places are Walt Disney World & Universal Studios and going on a cruise in the Caribbean.

Guest Spots: Appearances On Other Podcasts And Media

We've had great opportunities to be a guest on other shows and podcasts, as well as show up in the news! Check out this page to see where we've appeared.

Friends Of The Show 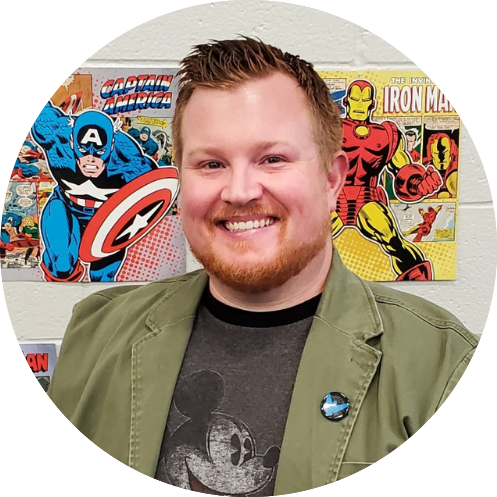 Kevin Stahlecker is a lifelong Texan, growing up and currently residing in the Houston area.

He discovered his love for comics and superheroes during his elementary years at the county library, reading a collected edition of Superman strips from the '40s and '50s during summer break. After that, you could find him on the playground swapping Wolverine trading cards and discussing the latest episode of X-Men: The Animated Series. He spent much of adolescence reading comics of all kinds and drawing superheroes in his spare time, and this greatly influenced his personality as he grew to adulthood.

He has spent the last 14 years as a public educator and uses his passion for pop culture and the visual arts in his roles as an Instructional Technology Coach and Principles of A/V Technology instruction. As a teacher, he is also a vocal advocate for the inclusion of comics and graphic novels in juvenile literacy programs.

Outside of school, he still collects comics, action figures, and trading cards, as well as draws in his spare time. He is also a huge fan of sci-fi, fantasy, and superhero movies/tv shows. He has been married to his amazing wife Catherine for 15 years, and they have 2 children, Madden and Caroline. Together, they love to plan regular trips to Walt Disney World or cosplaying at comic conventions.