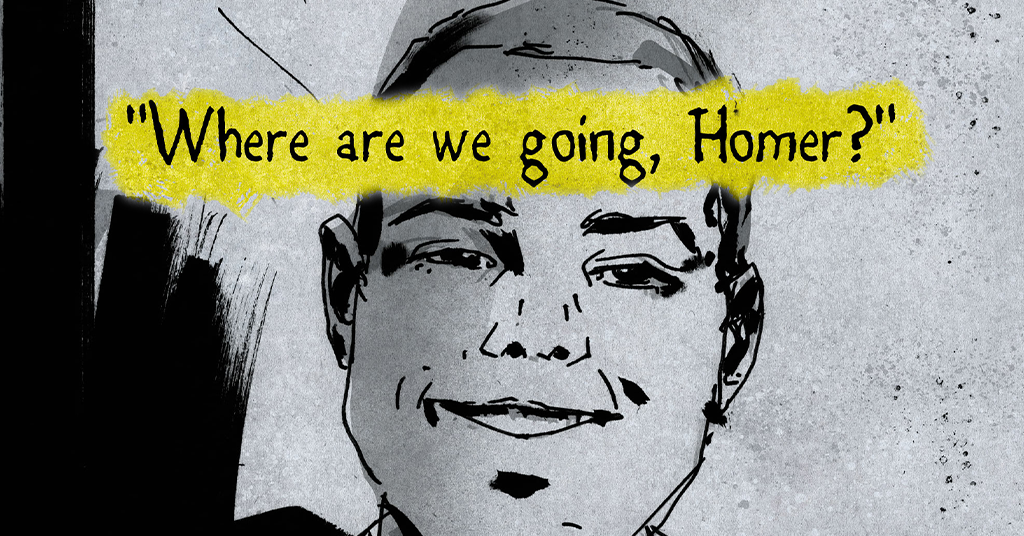 The kids venture out in search of the truth behind the Book of Evil. Is it even real? And even if it is, will they reach it before their all-too-deadly pursuers catch up? 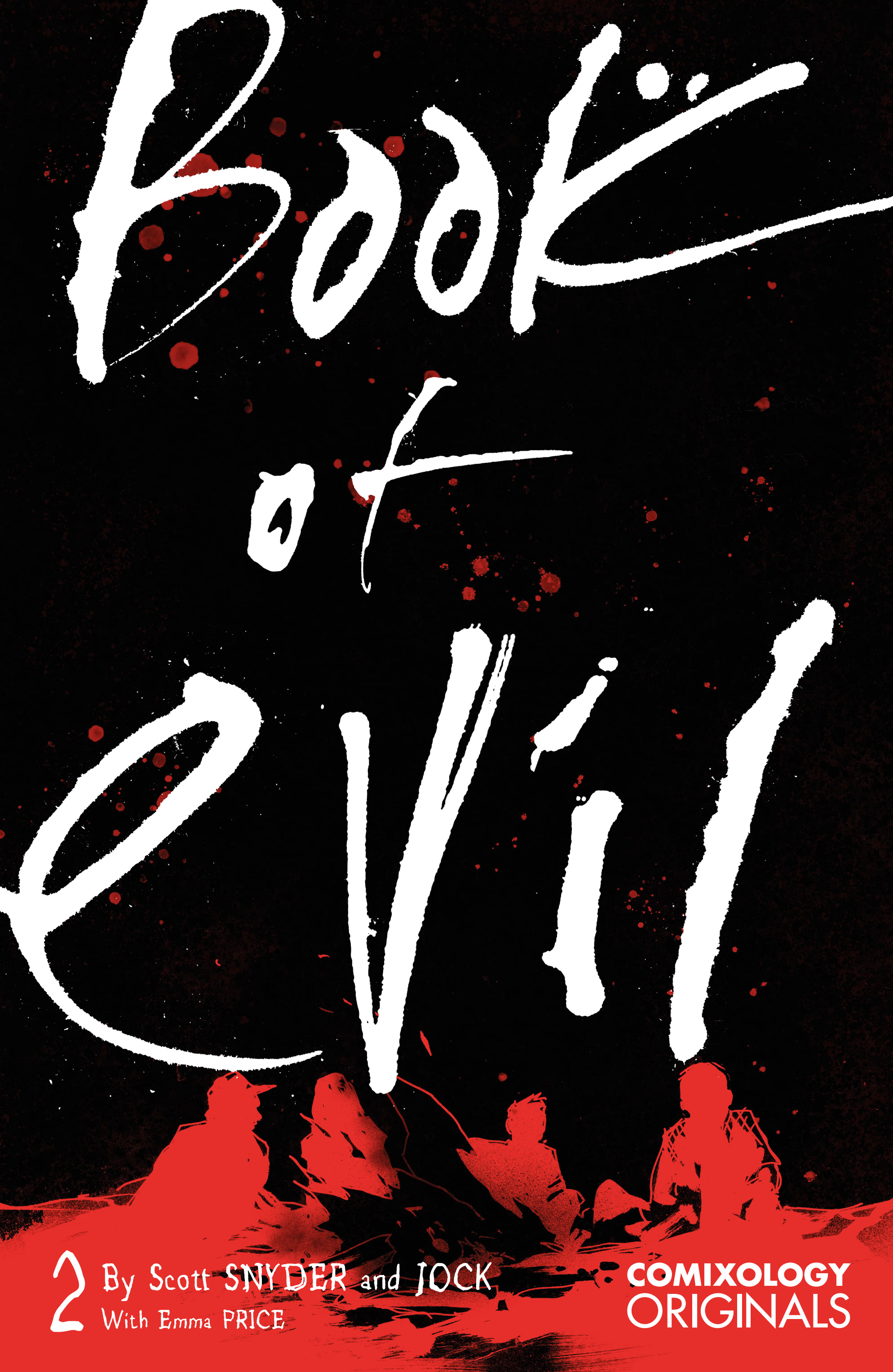 When it comes to comic books, they usually follow a certain kind of pattern: pages filled with panels of images and details, with each page usually consisting of anywhere from 1 image (a splash page, which is very infrequent) to 6 or more panels. Each of the images in the panels provides a lot of visual context for the story that helps create more of a “show don’t tell” frame that comic book readers really enjoy. On top of that, the text found in a comic is mostly in the form of speech bubbles (showing the dialogue between characters) or a narrated textbox. Either way, the content is usually more visual than text-heavy.

However, Book Of Evil #2 doesn’t follow this format. Each page had a single (or in some cases two) prominent image as the background of what was happening on that page, and the text takes up most of the space. Additionally, the text is written in book form rather than comic form, meaning that it’s more like reading a traditional written book than it is reading a comic book. Overall, I wouldn’t have classified this as a comic but rather as an illustrated novel.

That being said, this is one fantastic story. 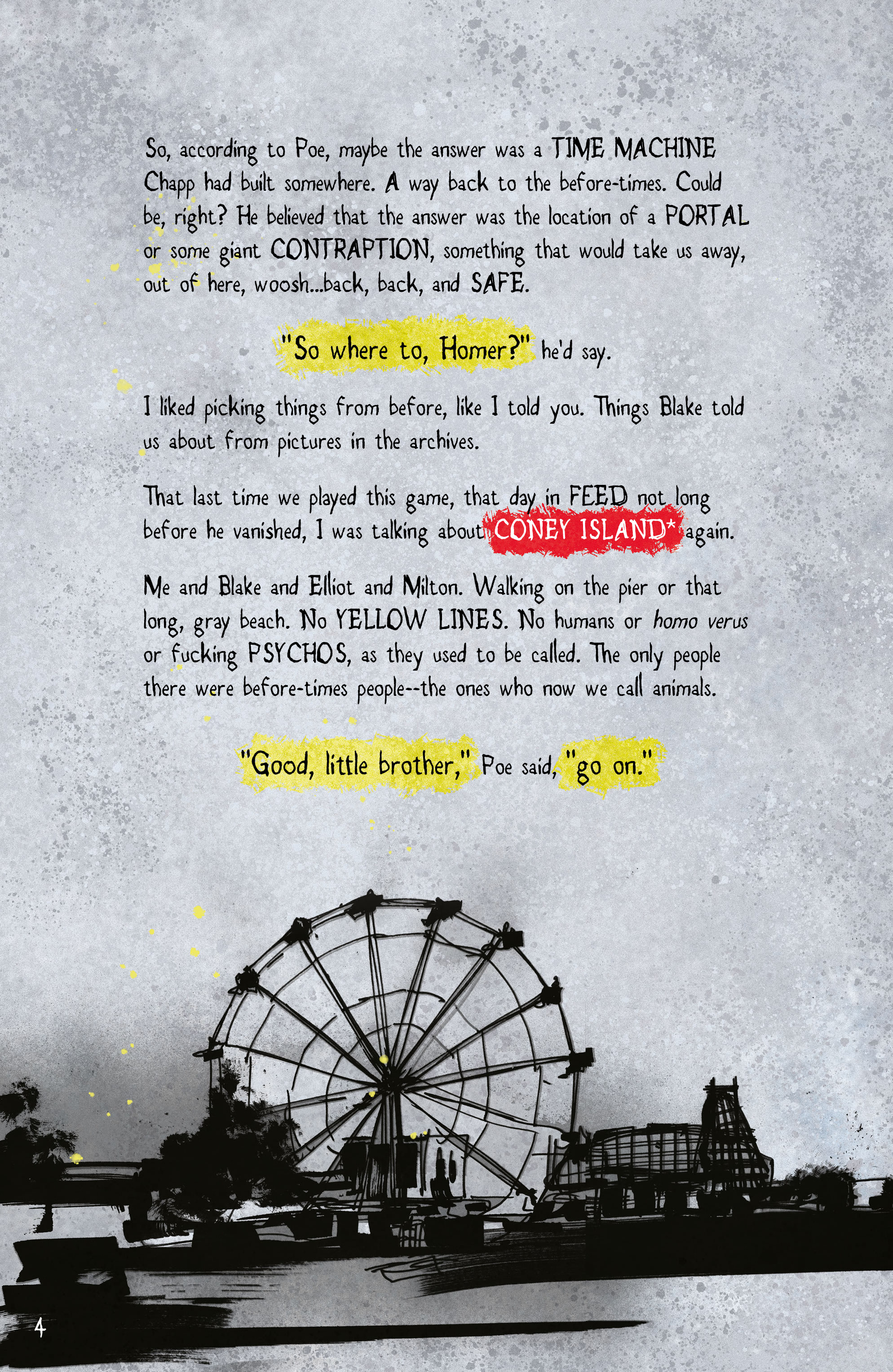 I haven’t read book #1 yet so going into this volume, I didn’t know much going into it. There were times when I was lost that is because of this fact. However, I was still at least able to pick up the history and context of things so I was still able to read this story and follow along with what’s going on without much of an issue.

The story takes place in (what I believe) a dystopian, maybe apocalyptic-like future (or near future) in the United States but the world is vastly different than ours is now. The country isn’t what it used to be, with states and cities being vastly different, much of it is in some sort of ruins while others have been transformed. But through the main character and narrator, Homer, we find that their present-day location of Colorado is nothing like what it used to be (or what we experience the country to be like now).

In addition, after something happened in the past (perhaps a miracle drug gone wrong?), people are sorted into two categories: humans and animals. Since I haven’t read the first book it’s unclear to me what biologically makes the distinction between the two, but it seems like as embies (another name for children) are growing up, they go through some sort of process where they can turn into a human or animal (but I could be wrong here). But a human seems to be at the higher level of society, possibly fewer than animals but clearly more powerful, and they have pleasure in hurting animals. I also want to point out that animals here are not animals like what we think of, but they are just a lesser version of humans (at least that’s my impression)

After their friend, mentor, and almost parent-like figure Poe goes missing, Homer and his friends Blake, Milton, and Elliot try to finish what he started. Poe was trying to find the location of a secret portal of some sort that is mysterious and supposedly life-changing. But in order to escape where they are to reach this location, they have to risk getting caught by the SHEPHERDS, a torturous military group led by the more ominous John Crook. But as they make their escape, they find out that not all is as it seems, which will make them question everything about their livelihood. 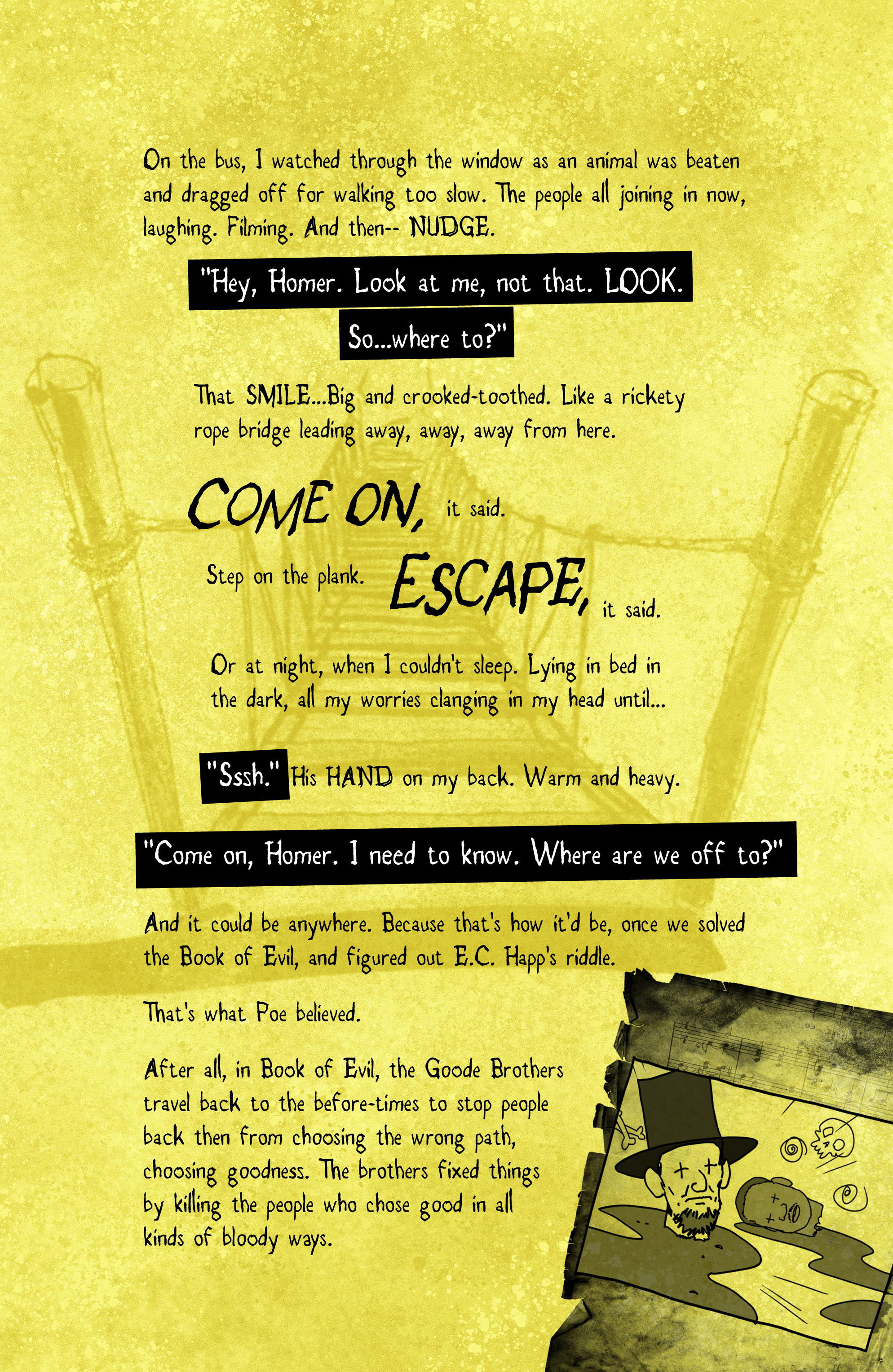 Snyder’s writing here is excellent. I don’t think I’ve come across a work of his that I haven’t liked. As I mentioned before, this reads more like a novel and I think if he wrote the entire series in novel form, it would be just as successful as what he’s finding with Comixology now. I was able to connect with the characters even without reading Book Of Evil #1, and each page is filled with some sort of exciting purpose. Whether it was sharing a memory or a development in the story, or whether it was the action or surprises, all of it is highly engaging in a variety of different ways that is not stale nor monotonous.

Jock and Price’s artistic work here is done very well. Even though the book is not in traditional comic form, the art and illustrations are very well done for the genre it’s in. The illustrations of Poe is very ominous and borderline creepily disturbing, and each page gives the reader enough of an image to appease the visual storytelling but without detracting from the narrative. The book is written in the form of a journal, and I think they did a fantastic job of bridging journal entries with visuals by making the images seem like a part of the journal (almost as though Homer is the one drawing these) and creating the lettering in a form of handwriting that you may see in a journal. Their artwork here is absolutely phenomenal for what it is. 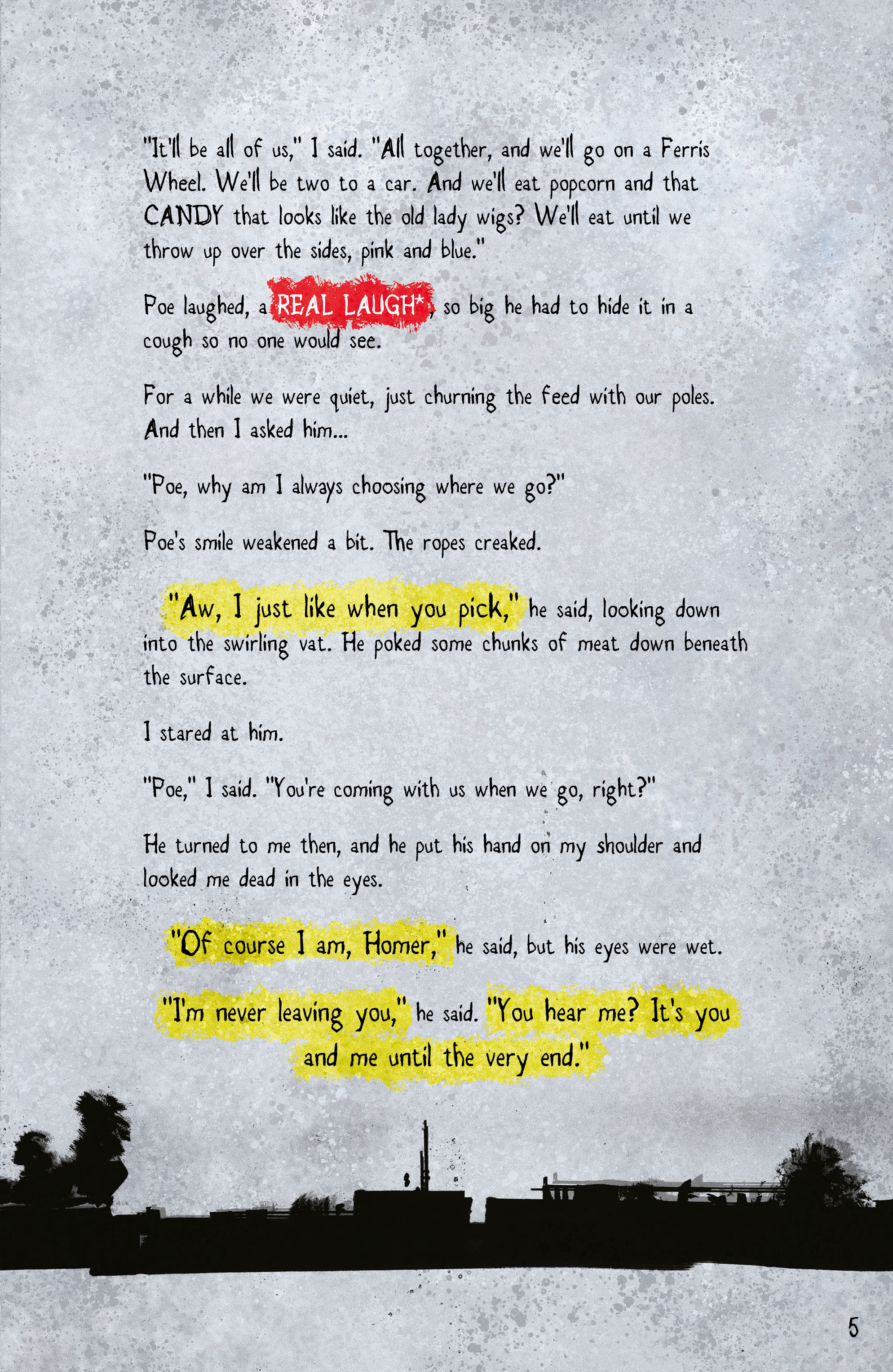 Although I wouldn't classify this as a comic book, this is still a kick-ass story. Snyder's writing is, as always, superb, and the artistic team made that world come to life with their illustrations. I commend this team for attempting something new with comic books by pushing the boundaries of how we think about and read comic books in their form. Even though I'm not sure it'll change the industry, this book definitely stands out as a unique take on visual storytelling.

This article was originally written and published for Comic Watch on January 12th, 2023.