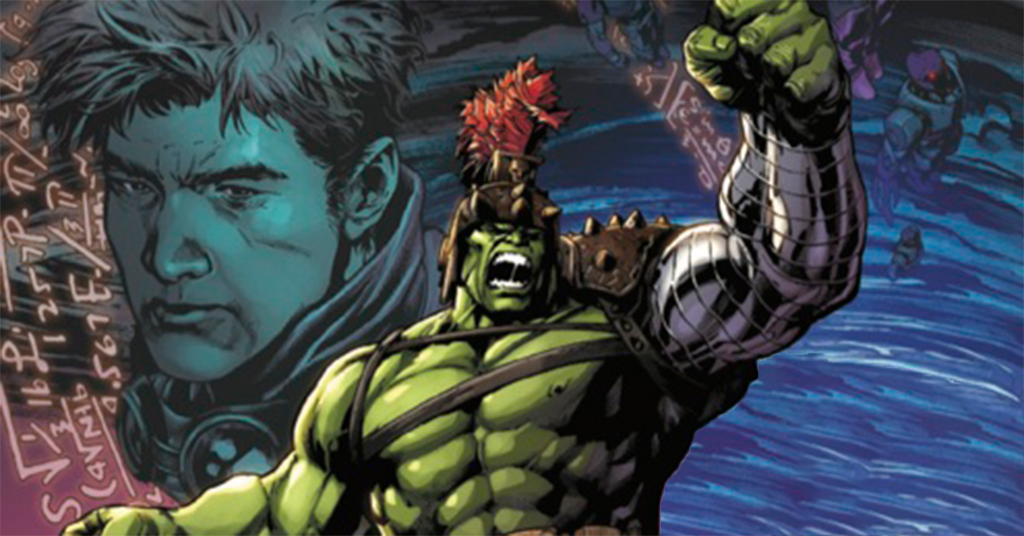 MILLENNIUM! A thousand years from now on the planet Sakaar, a young woman with green skin searches for the legendary Green Scar to help save her brother from a group of apocalyptic cultists. But which Hulk will she find? And after all these years, is he truly the Sakaarson, who will save us all—or the Worldbreaker, who will destroy us? 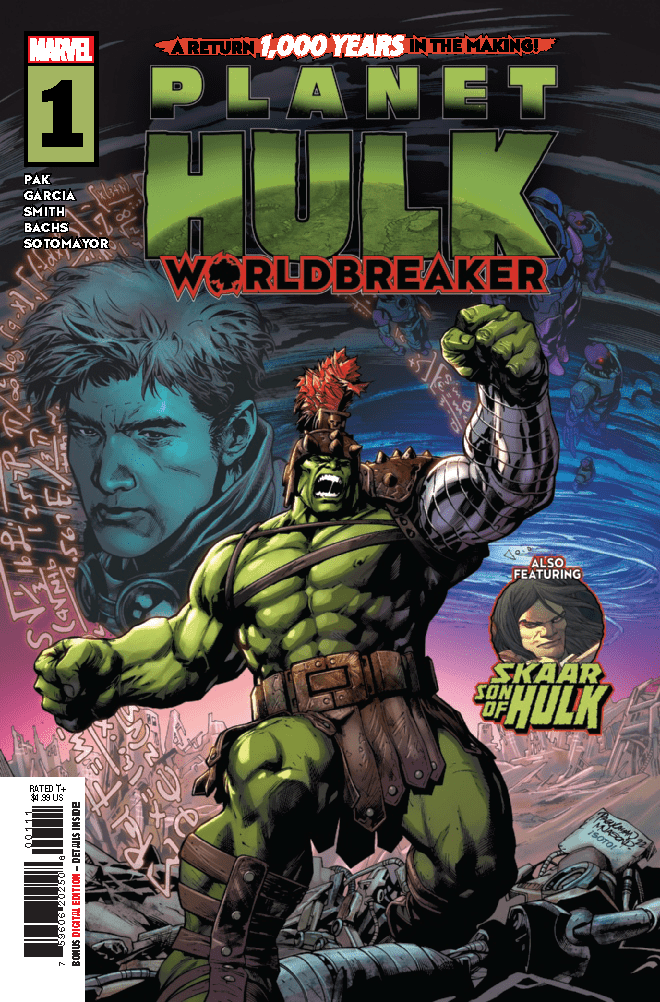 I’m what you call a casual fan of the Hulk. From what I’ve learned about him in popular media and culture (mostly movies and TV shows), I have always loved him as a character. But I have only read a few Hulk comic issues in my lifetime (I have a few trades in my “to read” pile; I’ll get to those soon). Furthermore, I’m only vaguely familiar with the other “Hulks” in Earth-616 such as Skaar and Amadeus Cho. So I went in with a clean slate in reading this issue.

But I have to say – after reading this issue, this is a story you definitely want to add to your pull list (or at least pre-order the trade paperback). 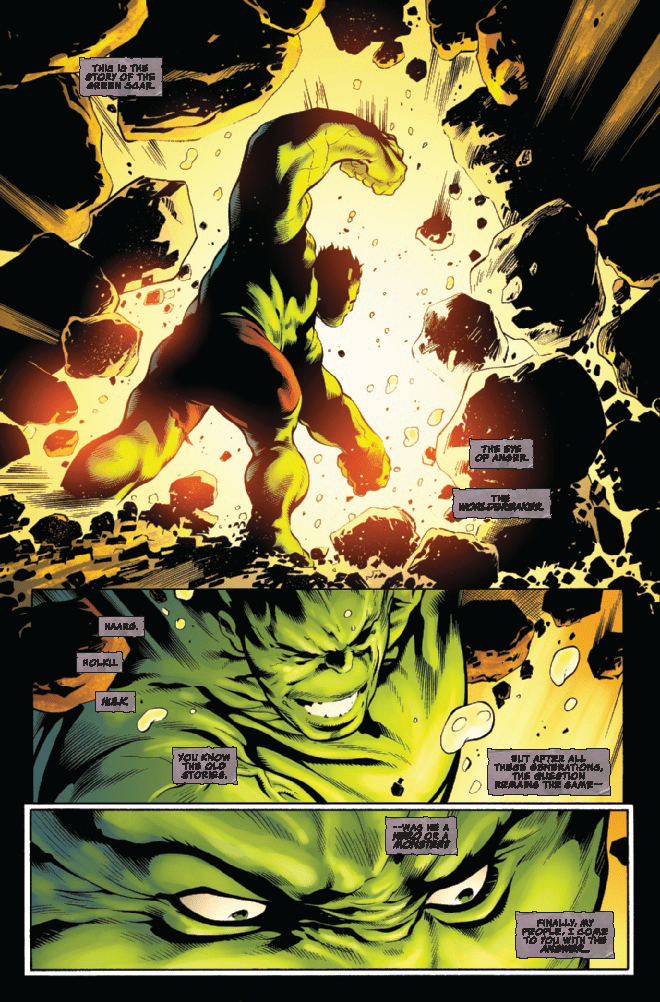 To begin, this issue has a main story (Worldbreaker) and a backup story (Skaar, Son Of Hulk).  In regards to Worldbreaker, the creative team does an amazing job of setting up the scene. We get a foreshadowing page that shows Hulk having been the center of some sort of cataclysmic event that has created a dystopian world, 1,000 years into the future. A cult-like leader is leading the charge of hunting down other Haarg, which I assume are people with green skin that may or may not have a connection with the Hulk (hereditary or otherwise). The main character, a woman named Tala who also appears to have Hulk-like powers, loses her brother to the cultists and seeks the help of another Hulk who she learned from her mother before her passing. We learn that this Hulk has been around for 1,000 years and has often been considered the protector of the world, but this character does not see it that way. Eventually, they both set out to try to rescue her brother.

What I love about this story is that there is so much mystery that’s set up from the beginning that you can’t help to gravitate to the next part of the story, wondering what Hulks are still around and what happened that made the planet the way it is now. Although in this issue we learn who the protagonist Hulk is (no spoiler here), it’s still a mystery how that Hulk got to where they’re at and what it is about their past that haunts them. I love mysteries that throw you straight in and immerse you in the story like that. 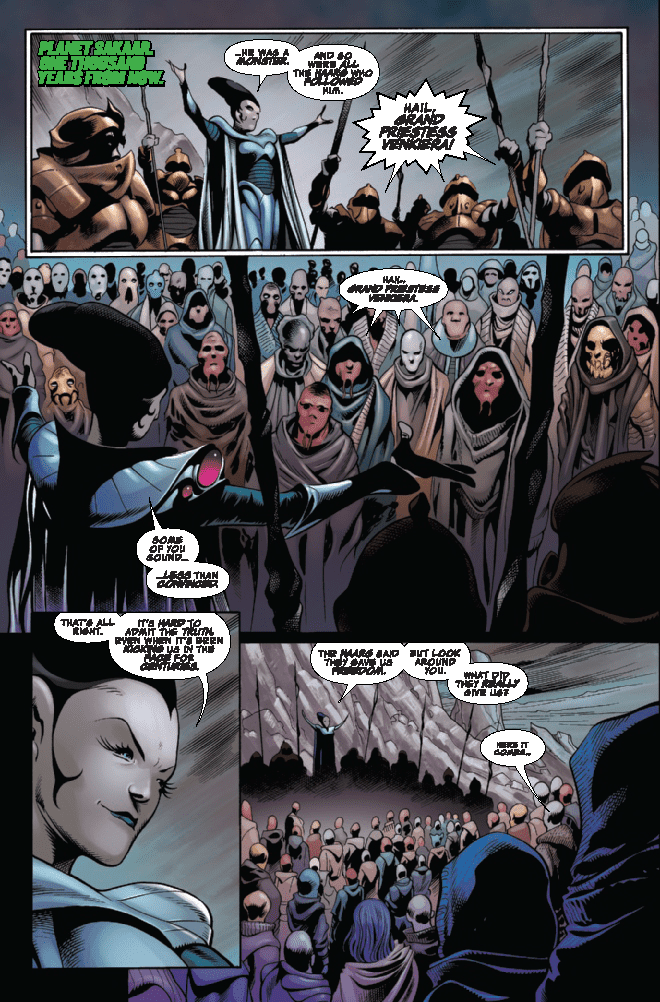 In the backup story, “Skaar, Son Of Hulk”, we see a secondary story that appears to take place in present-day New Mexico. Banner has left the planet without saying goodbye to Skaar, even though he promised him he would never leave him. Skaar feels like an outcast, but with the help of a familiar face, he learns that he may be needed on earth after all. But the best part about this story is that it’s clear that it is connected to the main story arc of Worldbreaker, and I’m really curious to see their plans for tying the two stories together.

Overall, both stories are fantastic and they are written very well to set up the stakes and lean into the idea that although Hulks can be immortal, they may not be able to do everything on their own.

The artwork here is a lot of fun. Garcia, Smith, and Sotomayor did a wonderful job at capturing the story in a very succinct way to set up the world in the first few pages without having to show you the entire world. The colors captured the apocalyptic feel of the story and their use of onomatopoeia was spot-on and fun. I loved some of the compositions that they provided in telling the story, especially some of the major details that get revealed. 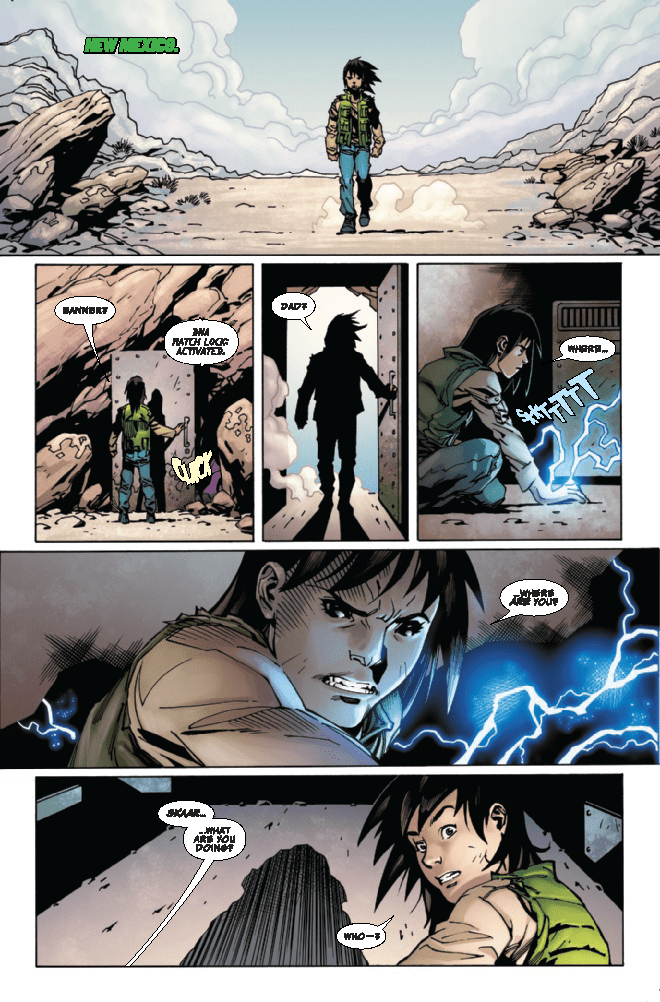 Whether you are a fan of Hulk from popular culture or of his comics, I think this is a story that everyone will enjoy. The mystery, drama, and suspense are like none other, and it leaves you wide-eyed for the next issue to learn more about the history of Worldbreaker.

This article was originally written and published for Comic Watch on November 30th, 2022.