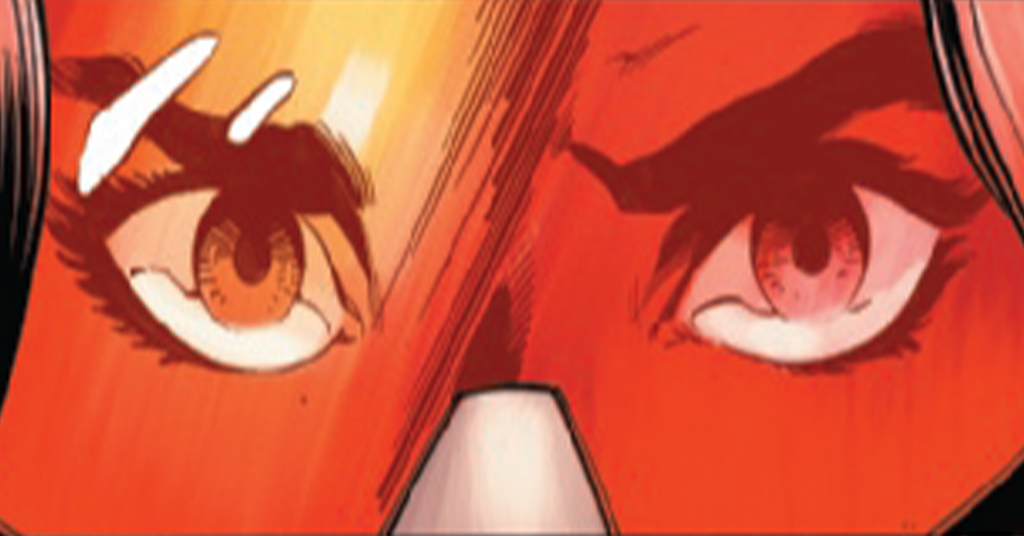 The End of the Spider-Verse” rages on! Yes, that really happened the last issue. The tremors will be felt until it all ends. 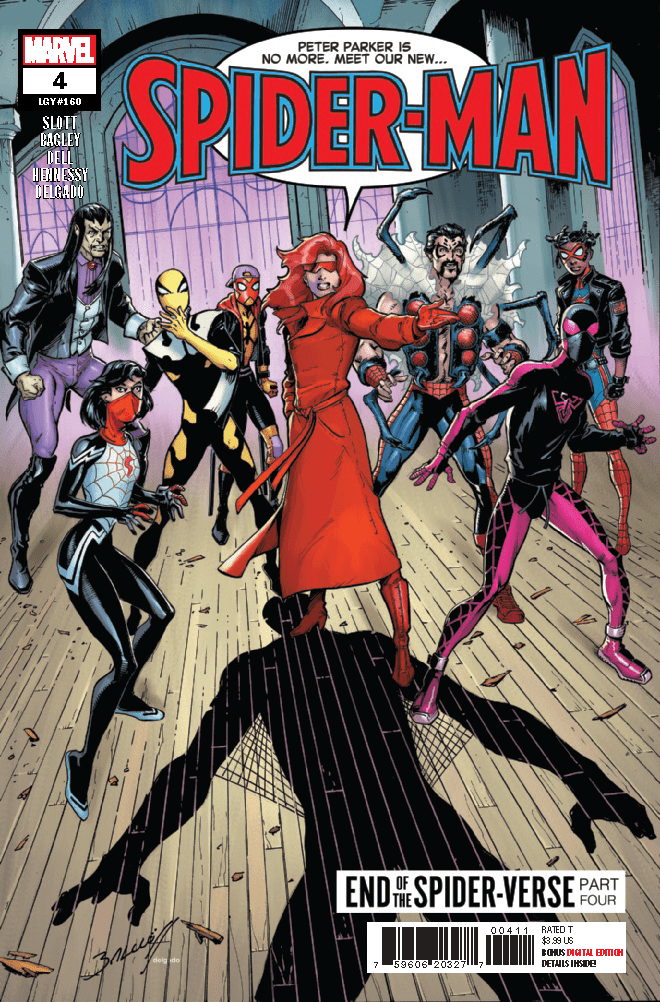 In issue #3, we left off with the mind-bending moment of the so-called Spider-Man messiah, Peter Parker of 616, being severed from the Web of Life after being stabbed with the totem dagger. Picking up from there, this issue continues the fight of the remaining Spider-Heroes. Hunter-Spider and Miles Morales on Earth-001 to distract Shathra and try to slow her down; Silk and her crew deal with the aftermath of one of their own being turned into Shathra’s forces, and Night-Spider & Arana pick themselves off from losing Peter Parker. But although Madame Web doesn’t see much of a future for them anymore, they will turn to a Spider-Man as their new hope, a Spider-Man long forgotten… 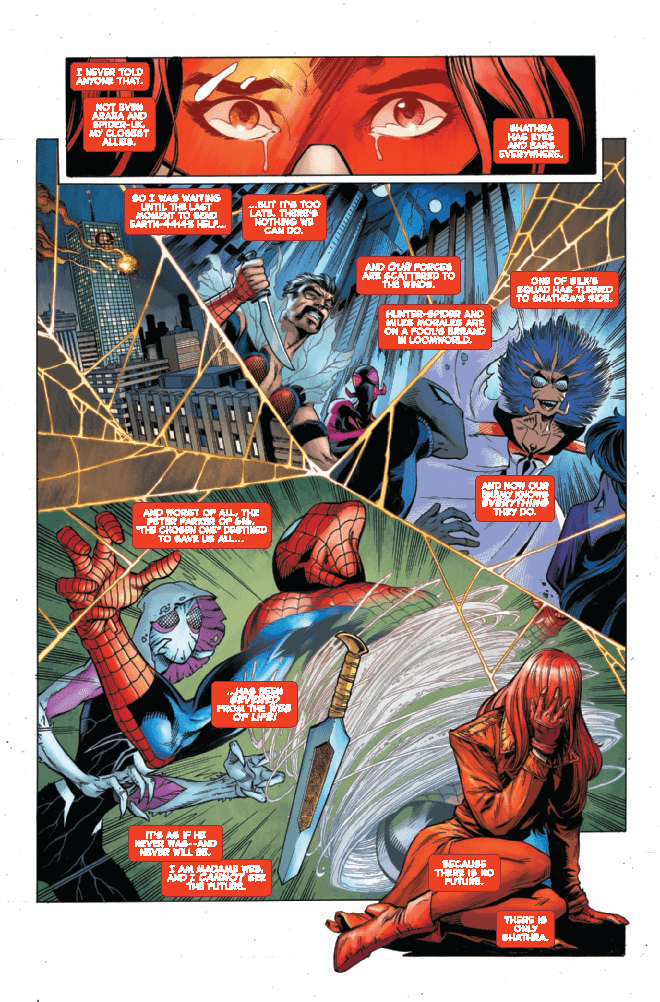 I’ve been reviewing this series since Issue #1 and as I mentioned before, I was never an avid Spider-Man reader until this series came out. Slott & Bagley has somehow raised the stakes in this run for not only Spider-Man but the entire Spider-verse. The first issue raised it with the death of Jessica Drew, aka Spider-Woman, and I didn’t think it could get any higher than that, but they surprised me, upping the ante with each new issue. I love the creative ways they’ve invented the story, utilizing a variety of Spider-Heroes (such as “Spiders-Man,” and another Spider-Hero that I’ll leave out for now so as not to spoil the issue), to setting up how the Spider-Verse might be able to bring Peter Parker back. If this series was a roller coaster, this is one ride I don’t want to get off of! 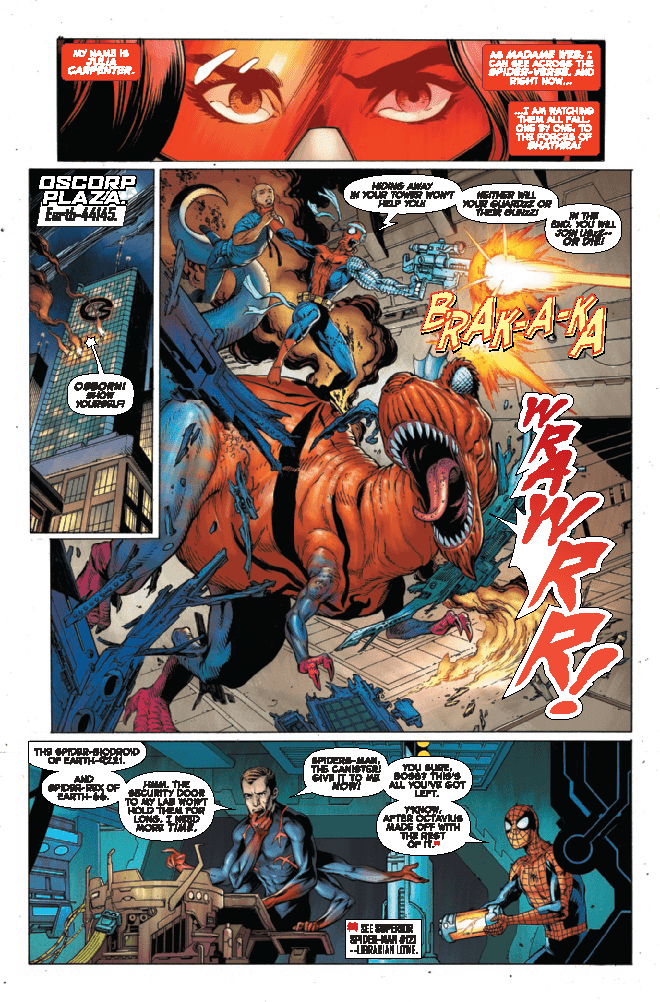 The inks, colors, and letters from Dell, Hennessy, Delgado, & Cowles continue to be superb just like the previous issues. They do a phenomenal job of giving each Earth its own style, which at times you can tell a difference, and in others, it tends to be a little more subtle. I loved the way they composed page 4 to give the reader a refresher of what has happened in the last issue, using a very creative web pattern to break up the various stories but showing how they all connect in a bigger web. It’s details like these that really make the whole series stand out that you can tell the creators are just having fun with telling a fascinating story where they feel like they can be as creative as they’d like with the story. 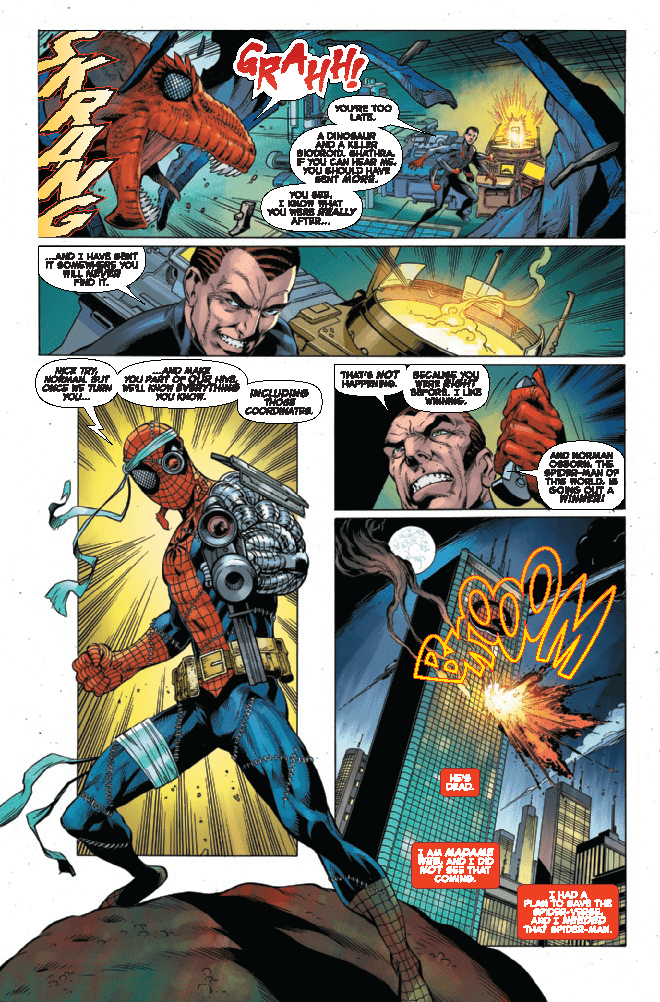 One final thought I'll leave you - if you are a fantastical fan of Spider-Man, you'll definitely love this issue because they integrate a character that includes details that will leave you absolutely jaw-dropping, giddy with joy, and laughing all at once! If you weren't a reader of Spider-Man before, this may change your experience with the character.

This review was first written and published for Comic Watch on January 5th, 2022.