5 Reasons Why You Should Go To C2E2 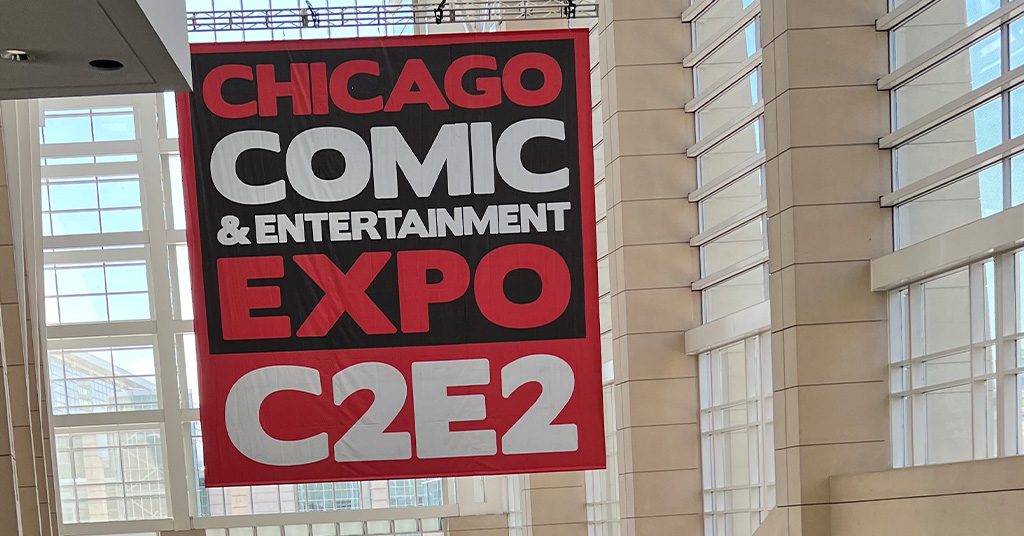 5 Reasons Why You Should Go To C2E2

The first official comic convention that took place was in 1964 called “New York Comicon.” Almost 60 years later, there are over 150 comic conventions worldwide. One of these conventions is the Chicago Comic and Entertainment Expo (C2E2).

Started in 2010, C2E2 has become one of the largest comic and pop culture conventions in the midwest, with the last recorded attendance record (2019) estimated at 95,000. C2E2 is known for celebrating comics, cosplay, video games, anime, TV shows, movies, books, and wrestling.

I’ve recently started attending conventions (my first was Indiana Comic Con in 2019), so I have limited knowledge and experience in the conventions that are out there, but I was able to attend C2E2 this past weekend. It is by far one of my favorite conventions I’ve attended! It is easy to see why it’s considered the most popular convention in the midwest.

If you’ve never attended C2E2 and are curious about if you should go, here are five reasons why I think you should add it to your comic convention bucket list.

1. The Convention Venue Is Spacious

C2E2 was held at the McCormick Place Convention Center, which comprises of four buildings at 2.6 million square feet, making it the largest convention center in the nation. The convention this year was primarily held at the west building and there was still so much space for the vendors, attendees, panels, etc.

As someone that enjoys having their personal space, I was very happy with the fact that I could roam around the exhibition hall for C2E2 without feeling like I was bumping into people constantly. This space is ideal to host a huge amount of retailers, celebrity signing/photo op areas, panels, and so much more.

My kid and I have been attending comic conventions for the last few years and we absolutely love everything about them. But kids can handle conventions so much before they need a break or need to be a kid.

I was very happy to see that C2E2 had a focus on being kid and family-friendly. Not only do they communicate to vendors and cosplayers that this is a family event (and should not display anything inappropriate), but they had a large area in the exhibit hall for families to take a break, called Family HQ. In this area, they had a Star Wars area that was run by the 501st Legion, they had an area with tables and chairs where families can sit and rest, and they had activities planned throughout the entire weekend, ranging from origami to bingo to coloring sheets!

Cosplay is a given at most (if not all) conventions. So I expected there to be cosplay at this convention as well. Not only were there so many great cosplayers (and a fantastic cosplay competition), but C2E2 has Cosplay Central, an area dedicated to just cosplay.

In this area, they had some booths for professional cosplay businesses and organizations to promote and display their work, a spacious changing area for cosplayers to be able to change into and out of their cosplay, and a coat/bag check that you can store your bags so you don’t have to carry them around (for a fee), and a group of people with signs that had emergency supplies for cosplay repair (although it was unclear if this was a service provided by C2E2 or by a vendor/attendee).

4. So Many Helpful Guides For New And Returning Attendees

Have you ever attended a convention, whether it was your first time attending that convention or attending any kind of convention, that you wished there were some useful resources that give you some suggestions or ideas about what to do or think about when you attend?

Well, C2E2 has you covered. Their website and app have Show Guides, which is a list of suggestions and expectations about some of the more common things that people experience and have questions about, which includes what to do if you’re feeling overwhelmed, if you’re meeting celebrities, if you’re cosplaying, and even if this is your first convention.

Just like any convention, C2E2 provides opportunities for attendees to meet and attend panels with celebrity guests. They include anime artists and voice actors, comic creators, tv/streaming shows and movies, wrestling, gaming, and literature.

This year, the biggest name they had was undoubtedly Rosario Dawson, who plays Claire in the Defenders Saga from Netflix and Ahsoka in the Star Wars universe. In addition, this year also had a plethora of news from their guests that made the convention the talk of the weekend (whether it was for better or for worse). So there’s a good chance that when you attend, you’ll be able to see one of your favorite celebrities from whatever fandom you enjoy.

This article was originally written and published for The Nerd Initiative on August 10th, 2022.