REVIEW: DC’s League Of Super-Pets | Classic Example of How a Retold Story Can Still Be Good Fun 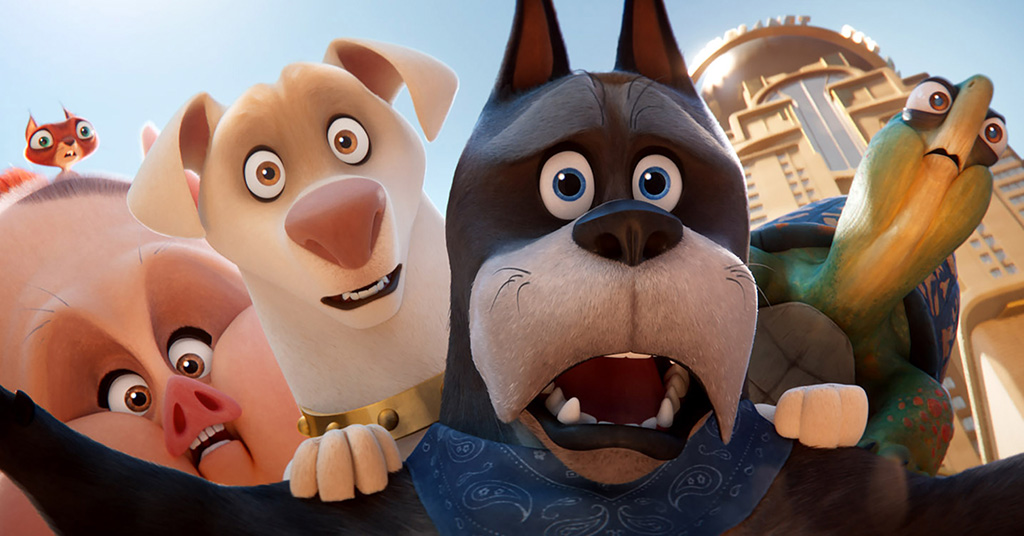 Being a parent, a pet owner, and a comic book fan, I knew that I was going to watch DC’s League Of Super-Pets when it came out to theaters. I couldn’t tell you much about these characters from the comics since the only issue I’ve ever read of this story was from a Free Comic Book Day issue, but that never stops me (nor should it stop anyone) from seeing a movie or show about comic book characters.

So going into it, I had a very basic and limited knowledge about the backstory of these famous super-powered pets.

After watching it in theaters, I walked away really enjoying the movie, but maybe not for the reasons you might think.

The first thing I have to say about this movie is that the plot and story is not original. Not even close.

It’s the classic “pet-feels-abandoned-when-a-new-person-joins-the-family” storyline that we see in a lot of animal-centric movies (e.g. The Secret Life of Pets). We also see a story about how one of the animals was abandoned for the wrong reasons (e.g. pick virtually any movie about a pet).

And this is Dwayne Johnson’s (Krypto) and Kevin Hart’s (Ace) fifth movie together in the last 6 years. So there’s a lot of typical aspects about this movie that doesn’t necessarily make it unique other than the fact that it’s in the DC world of superheroes.

But that doesn’t mean it was boring or bad. On the contrary, it was a lot of fun. My wife wants to see it again and my kid said this ranks up as one of their favorite movies, all the way up with Free Guy, which is saying a lot!

There was a lot of great humor in it. One of the most interesting pieces for me is how they utilize the bleep censor with one of the characters. It was a surprise since I don’t recall hearing that in a child’s animation movie before, but because it was unexpected it was also hilarious and outright funny.

Although the story wasn’t really new, it doesn’t mean that it didn’t get an emotional response. It definitely had some heart-breaking moments as well as surprises that make you root for someone on screen. This is where the fun part of the movie experience comes in. At the end of the day, that’s what a movie is about, right?

We’re All Kids at Heart

This movie is definitely a great movie for anyone who has a child or is just a child at heart, a pet owner, or someone who enjoys DC characters. It’ll make you think about your own pets, your kids will absolutely love the animals and characters, and the showrunners had a lot of fun making fun of their own DC characters along the way, which I always love.

And I love the fact that the took the classic Superman theme song and added words to it so families can enjoy a classic song in a modern experience.

That said, there is one criticism I have that is not a criticism solely about this movie but about animation movies in general and that is the use of popular actors as voice talent. I get that this is how marketing works is to get buzz about a movie as much as possible and that celebrities bring in their own following to ensure that people watch the movies.

But I couldn’t help but think that the whole time I was watching the movie, I was hearing Dwayne Johnson and Kevin Hart, not Krypto and Ace. There is nothing wrong with using popular actors and celebrities for voice talent unless the voice talent is not able to become a character. Part of the voice talent has to require that the viewers can recognize a voice as the character and not as the person behind the character (e.g. Alan Tudyk is a phenomenal onscreen actor AND voice actor!). When you hear Mickey or Bugs, you don’t hear the person – you hear the character. And that was definitely missing here.

But overall, this is a great movie. Is it going to win any Oscars or change the world? Not at all, but that’s not what it’s trying to do either.

It is a classic story that is also good and fun, and that’s what matters the most about enjoying a film.

This review was originally posted on The Nerd Initiative on July 31st, 2022.