Fortnite X Marvel Zero War #3: Things Are Heating Up In More Ways Than One! 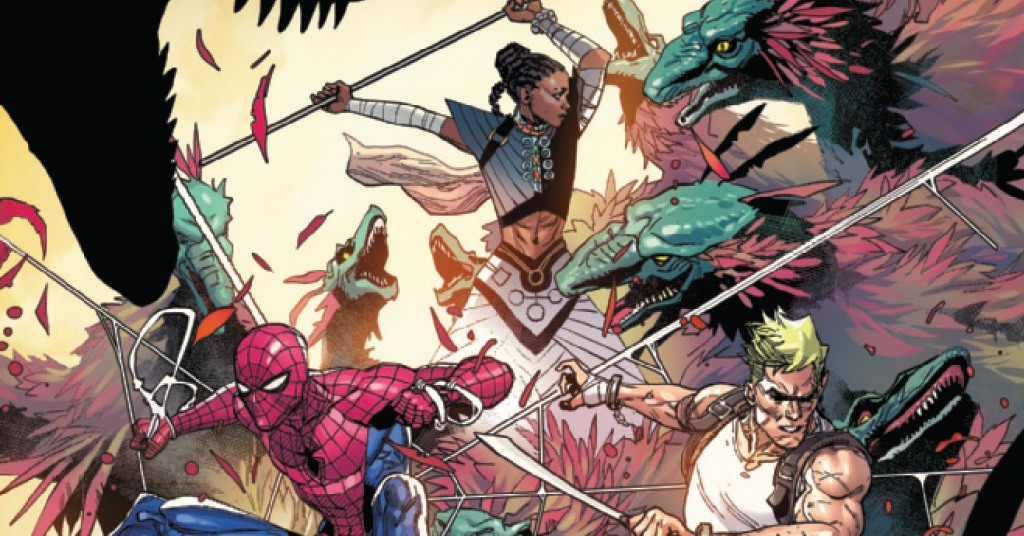 The return of an unlikely ally brings Iron Man and The Foundation closer to their goal. Meanwhile, it's an all-out brawl against Stegron and his dinosaur hybrids in the Savage Land, as the hunt for the Zero Shard heats up! But Stegron's not the only villain interested in the Zero Shard...

As I mentioned in my review of issue 2 of the Fornite X Marvel: Zero War run, writers Gage and Mustard has done a phenomenal job in writing a story of two worlds that dovetails so seamlessly that you do not have to be a gamer to appreciate and have fun with the story. And issue 3 continues this trend flawlessly.

One of the most significant shifts we see in this issue is that instead of a balanced back and forth between the two teams (one team is on Fortnite Island while the other is on Earth-616), this issue primarily focuses on the team on Earth-616, where they make some major discoveries, learn more about their counterparts from the other world, and a surprising team-up with a new player in the game. So I suspect that with the next issue that comes out, we will have a deep dive into the Fortnite Island team. 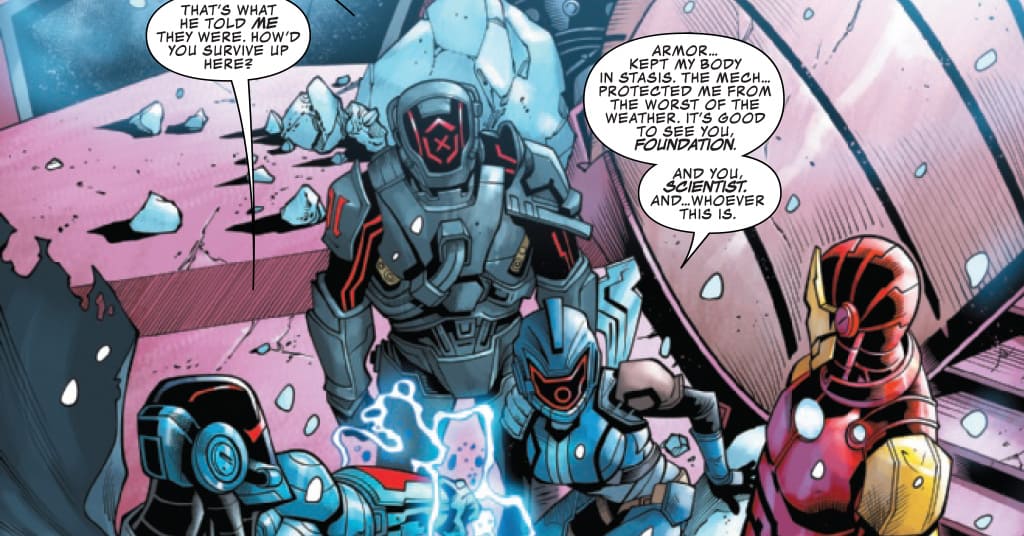 Gage and Mustard have done a great job of advancing the story at a natural pace that allows the reader to learn more about the character’s backstory and their character quirks (e.g. Spider-Man’s naivety). The first third of the issue is packed with action, follow by a slow down of the team bonding with each other (in more ways than one), then the last third of the comic picks up the action again with a major reveal that could also be a gamechanger for Marvel’s heroes and Fortnite’s The Seven. As someone who plays the Battle Royale version of the game but not the story mode, it was really interesting to hear Jones and Imagined’s backstory that I probably wouldn’t have learned otherwise since I don’t see myself doing the story mode of Fortnite anytime soon. 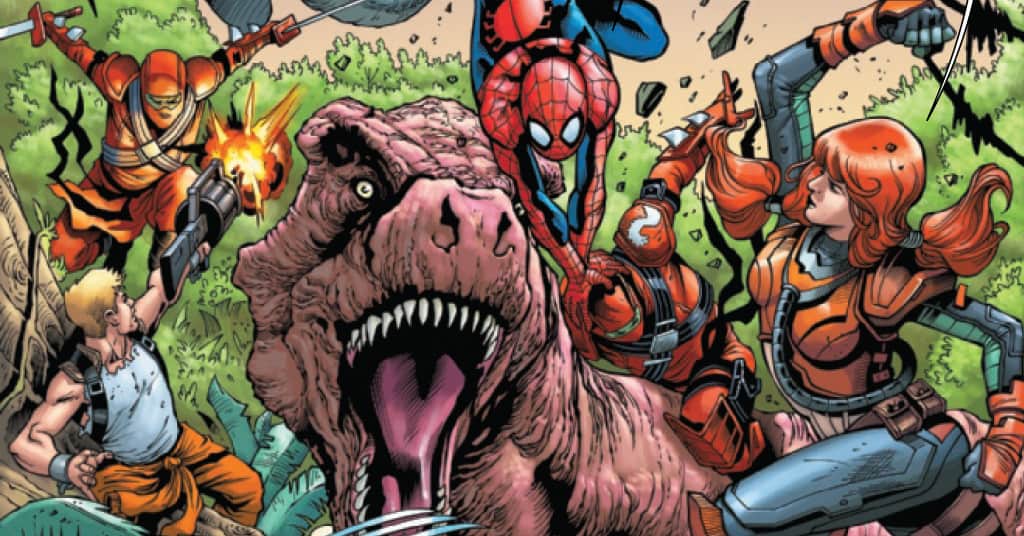 The artistic team of Davila, Parsons, Delgado, & Caramagna, does a fantastic job of continuing the amazing artwork that combines two very worlds that seems like they’re in the same universe. I also love how on the first page, they have a banner that says “Turn the page to start” to simulate the video game – so creative!

Their composition work is magnificent where they use a variety of styles, from boxed-in figures to allowing the characters to pop out of their panel and layover into the next one in a way that leads the reader to see the action in motion. I was also very impressed with the panel where they demonstrated Jones’ emotions about a particular event in his past but also drew it to display the memory of that event as well. Very rarely do we get something that is complex like this and yet flows so naturally. HUGE props to the artistic team on this! 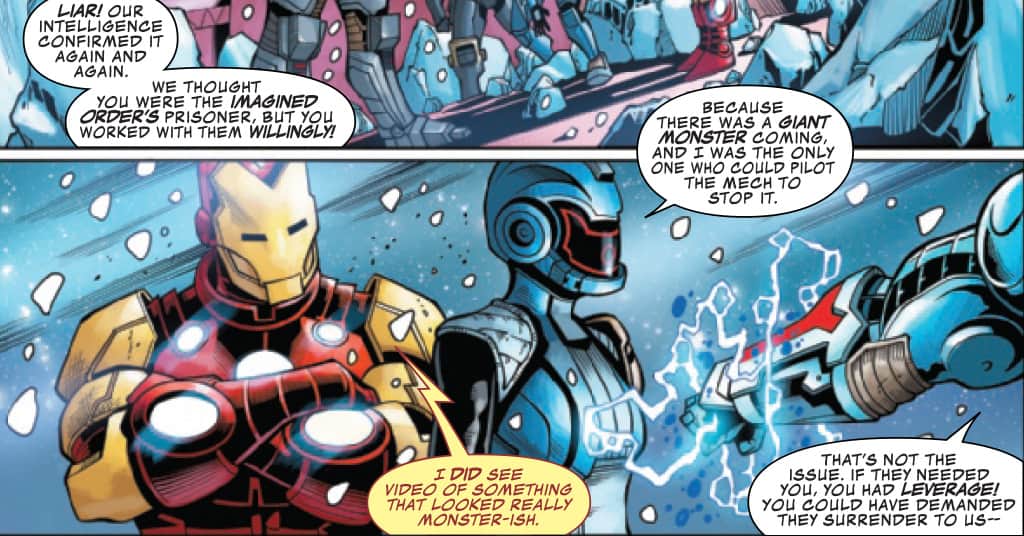 This is an exciting story for all Marvel and Fortnite fans. It's easy to follow along plus there's action, mystery, drama, and humor - everything to make a comic enjoyable for everyone!

This article was originally written and published for Comic Watch on August 18, 2022.