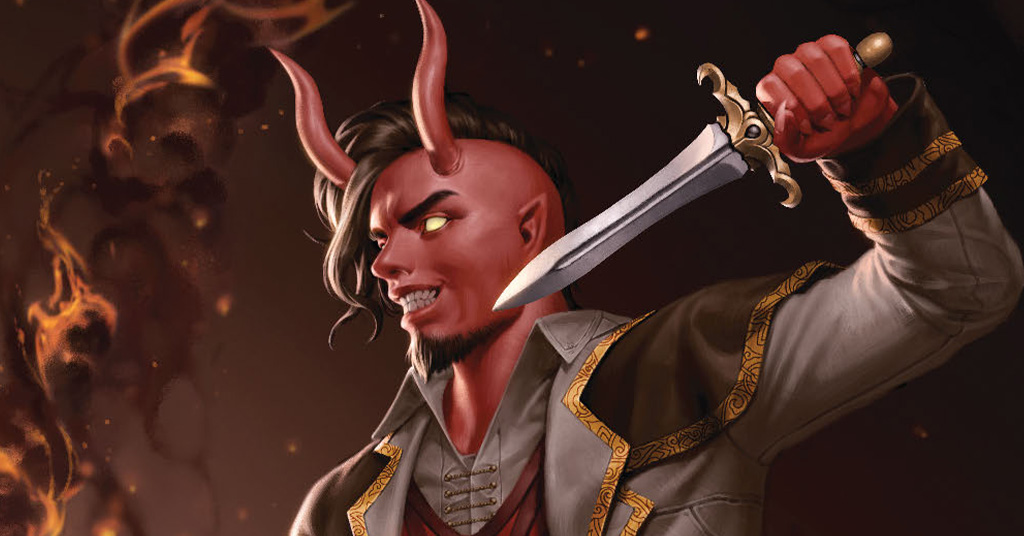 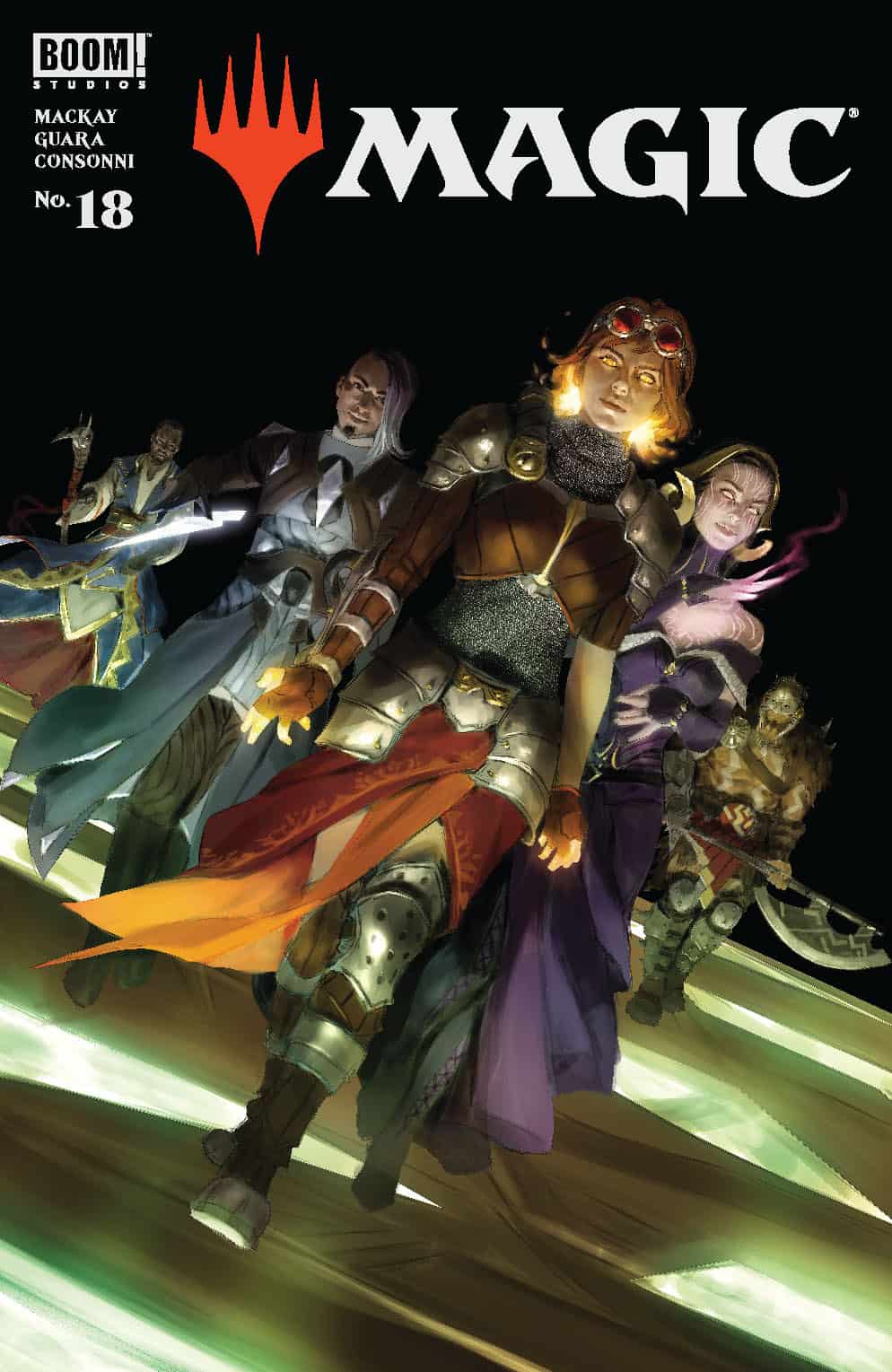 Tezzeret knows he's been betrayed... and he's set his bloodhound, Tibalt, on the traitor's trail.

Now Garruk, Chandra, and Niko are all that stand between Davriel Cane and gruesome death at Tibalt's hands.

But the appearance of a guest Planeswalker might just give our heroes exactly what they need to find their way back to Ravnica, and save Vraska, Kaya, and Ral!

Before I begin my review, I need to preface this by saying that I am not familiar with Magic: The Gathering at all. Not the card game, not this series, nothing at all. So I’m going into this blind with very little knowledge and context about the universe this lives in and what has happened in the story since then.

That said, this issue is really intriguing and exciting. It starts with a mysterious mission and quickly starts falling apart, but in the process, you get to learn a little about the characters, the story, and the world it’s in. MacKay’s writing right off the bat gives you what you need to know about what’s going on; then, it immediately jumps into the action of the story. 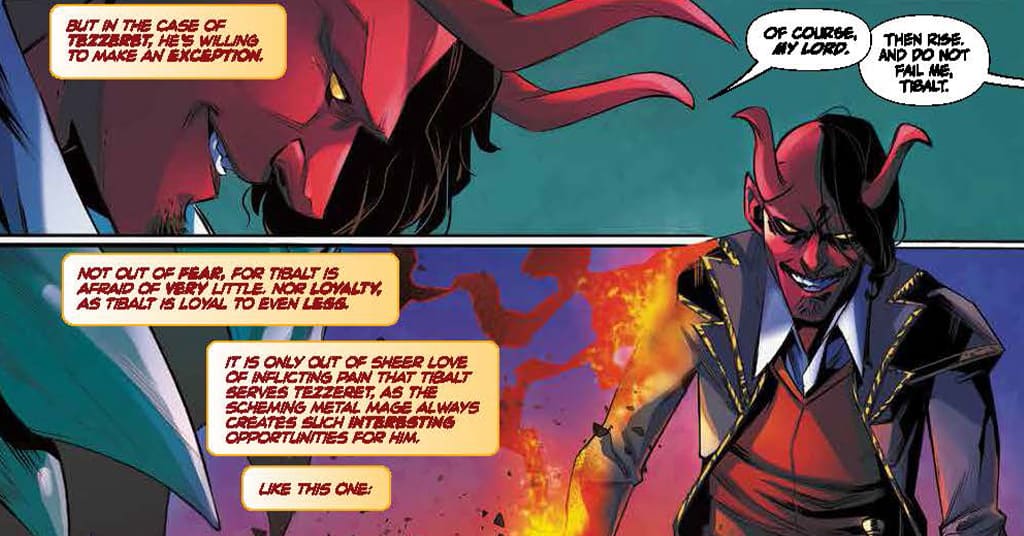 The artwork by Guara was stunning. It weaves in and out between the backdrop of the environment and more vague designs to give focus to the character (as well as possibly provide that mystical atmosphere). The level of detail to the characters was well done, and the composition work was spectacular, especially when we get introduced to the first time a team of people (I won’t say who to refrain from spoilers… hopefully). The coloring by Consonni is impressive; it has this nice mixture of realism with animation and is definitely the highlight of this issue as the colors really bring the comic to life. The lettering by Dukeshire fits in this world really well. Although I always thought that the universe of Magic: The Gathering was in a Middle Ages type of world (and maybe it is), I can tell how the lettering not only reflects the character themselves but also fits the more modern style of this issue. 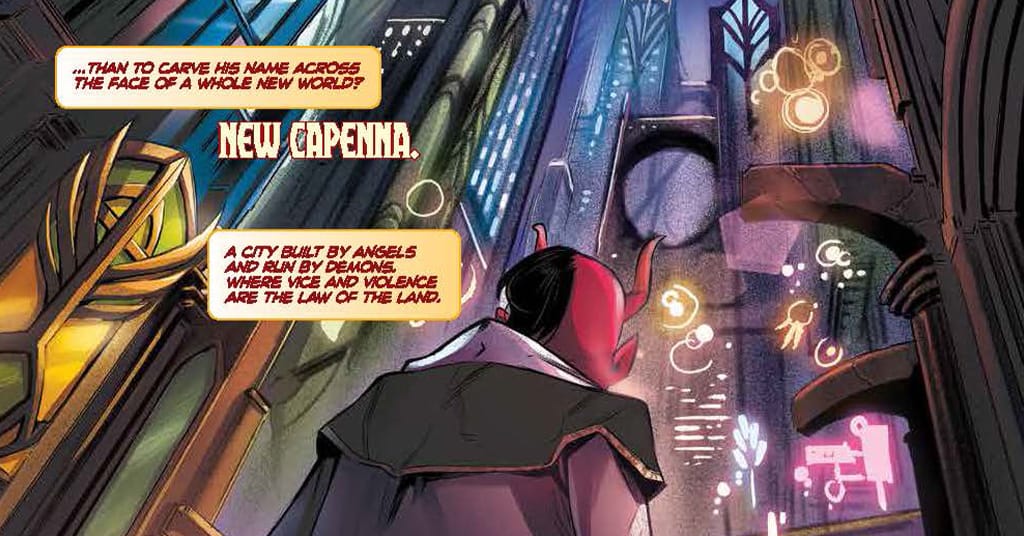 I do have one criticism about this issue, but it’s unclear to me if this is due to my lack of reading the previous issues and understanding the world of Magic: The Gathering or if this is a flaw in the writing, but knowing the author’s previous work my guess is that its the former.

As I read through the issue and got towards the end, there were moments in the story where I got lost because there would be a drastic change that was taking place right at that place and moment that I wasn’t sure what just happened. There was also mention of other characters that did not get mentioned before, and so I was a little lost about who it was and why that may have been important. So as much as I enjoyed the first half of the issue, the second half left me wondering what I had missed.

Overall, this is a great issue. If you're not familiar with Magic: The Gathering, I would suggest starting at issue one. But once you get to this issue, I bet you'll become a fan of this universe.

This article was originally written and published for Comic Watch on September 9th, 2022.
Comics Reviews