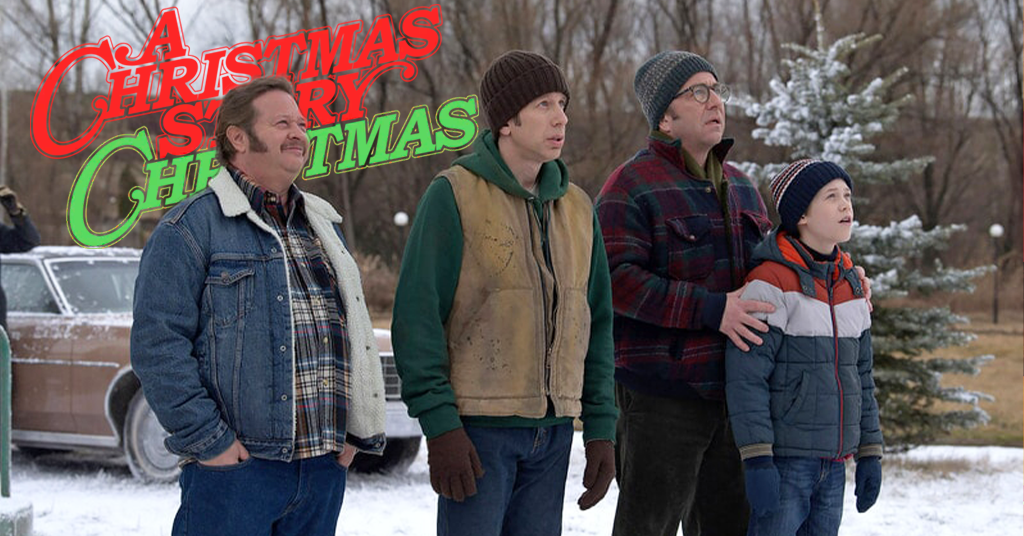 From Warner Bros. Pictures and HBO Max comes the family comedy “A Christmas Story Christmas,” the long-awaited follow-up to annual holiday favorite, “A Christmas Story.”  This time, Ralphie is all grown up and must deal with Christmas and all that comes with it…as a dad.  Peter Billingsley returns to the role that has made kids of all ages anticipate Christmas morning like no other. 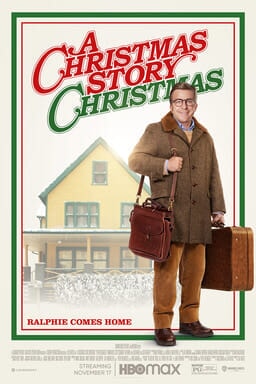 When I was growing up, my family had their holiday traditions we would partake in every year, much like most families who celebrate Christmas and the winter holidays: Getting a real tree to put up and decorate in our living room, putting up the lights on the house, set up the yard decorations and nativity scene, and so on. But our family always had to watch A Christmas Story every year, especially when TNT played it from Christmas Eve through Christmas Day for its 24 hours marathon. Our family was so obsessed with the movie, we visited the Christmas Story House & Museum in Cleveland when it first opened.

You can see how much of my childhood revolved around this movie during the holidays, and many others can say the same. So when they announced that they were doing a sequel of the film with Peter Billingsley returning as an adult version of Ralphie, many of us were concerned. It sounded like it was going to be another film riding the nostalgia train for a cash grab. But a week after it was released, I finally sat down and decided to give it a shot.

Not only was I wrong in my concern, but it was also quite possibly one of the best movies I've seen this year. 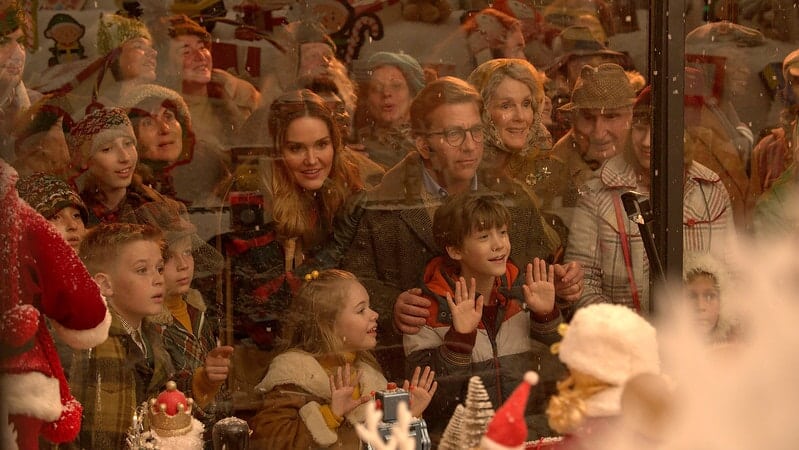 The writers did a fantastic job with the story. They struck a perfect balance of maintaining that nostalgic magic of the movie, keeping in the classic jokes and mannerisms of the first movie while making sure it doesn't come at the expense of the quality of the film. The way they told this story made so much sense that you felt like you were truly watching a movie that grew up with you.

To start off with, Ralphie (Peter Billingsley) is grown up, married with a son and a daughter, and trying to become a hit author in Chicago. He made a promise to his wife (Erinn Hayes) that by the end of the year if he hasn't been published, then he would go back to having a normal job. Later on, in the next scene, we see Ralphie meeting with a potential publisher, up to his old tricks with a harmless bribe of candy and food (much like how he did the same thing with his English teacher in the first movie), and was soon daydreaming after the publisher said they were not going to go with his story. The movie is laced with great callbacks and personality quirks that have matured with the characters as they have grown older.

In the next scene, Ralphie is back at home as they are discussing plans to celebrate Christmas, with Ralphie's mom and his Old Man coming to celebrate. But those plans were soon cut when Ralphie gets a phone call from his mother, sharing the sad news that his father has passed away. They pack up and travel to Ralphie's hometown, Hohman, Indiana, to visit his mother. To his surprise, his mother shares that she wants to wait for the funeral until after Christmas and that she wants the family to celebrate Christmas like they used to as a way to honor his father. So Ralphie is set to make the holiday a memorable one for the entire family. 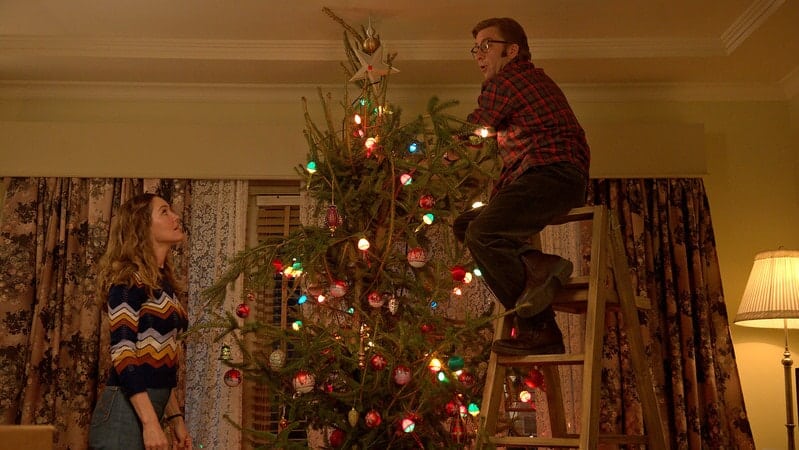 The acting here is phenomenal. It is amazing to see Peter Billingsley portray Ralphie as a 40-year-old. To be able to tap into that inner child of when you played an iconic character as a kid to transitioning that character as an adult, he just absolutely nails it. There were so many moments in the movie where he would daydream or look at the camera and give it a smile, all of it - it was like he never left the role. Erinn Hayes plays a new, wonderful character for the franchise as Ralphie's wife, Sandy. Their chemistry is perfect in that you can tell they've been married for a while but show ways in how they love each other and their kids in those little moments. Julie Hagerty is also new to the franchise but plays a familiar character, Ralphie's mother, Mrs. Parker (In A Christmas Story, Melinda Dillon played this character). And of course, the original gang of Flick and Schwartz is an integral part of the movie as they never left town.

As I watched the movie, I had so many emotions. It was wonderful seeing a character that was such a huge part of my childhood continue to live in my adulthood. There were so many moments where the hilarious blunders were authentic, and natural, and caused me to laugh. It also hit so many emotional roller coasters that there were a few points I teared up, something that the first movie never made an attempt at. It was also such a great tribute to the actor and character that was such a huge part of A Christmas Story, the Old Man played by Darren McGavin. McGavin passed away in 2006, but the writers did not let that stop them from making his presence known, using sound bites from the first movie, all the way to the amazing tribute that Ralphie created for his Old Man.

They also incorporated so many pieces of the original film and nods to little Easter eggs (such as a sign with the title of the book that inspired A Christmas Story hanging in the local tavern). The movie poster reminds you of the original movie but is matured and grown. 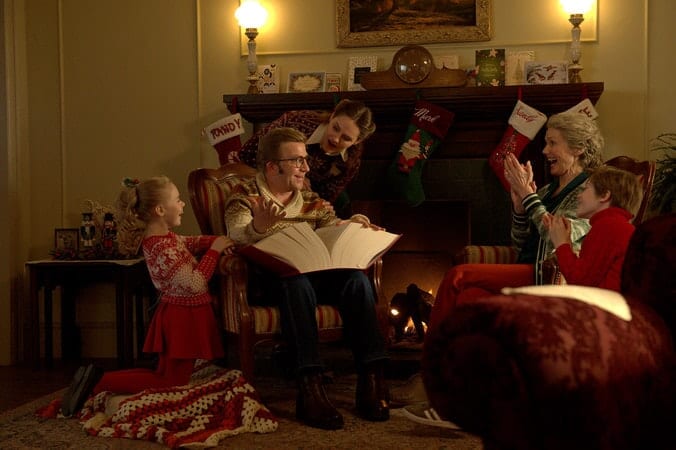 The sequel to one of the most nostalgic holiday movies of all time not only lived up to its hype from the first movie, but it brought in more laughs and shenanigans than before. It will also move you to tears in a way that touches your heart as a kid and parent, and you'll walk away from the movie feeling like a kid reliving your childhood again.

This article was originally written and published for Comic Watch on December 17, 2022.