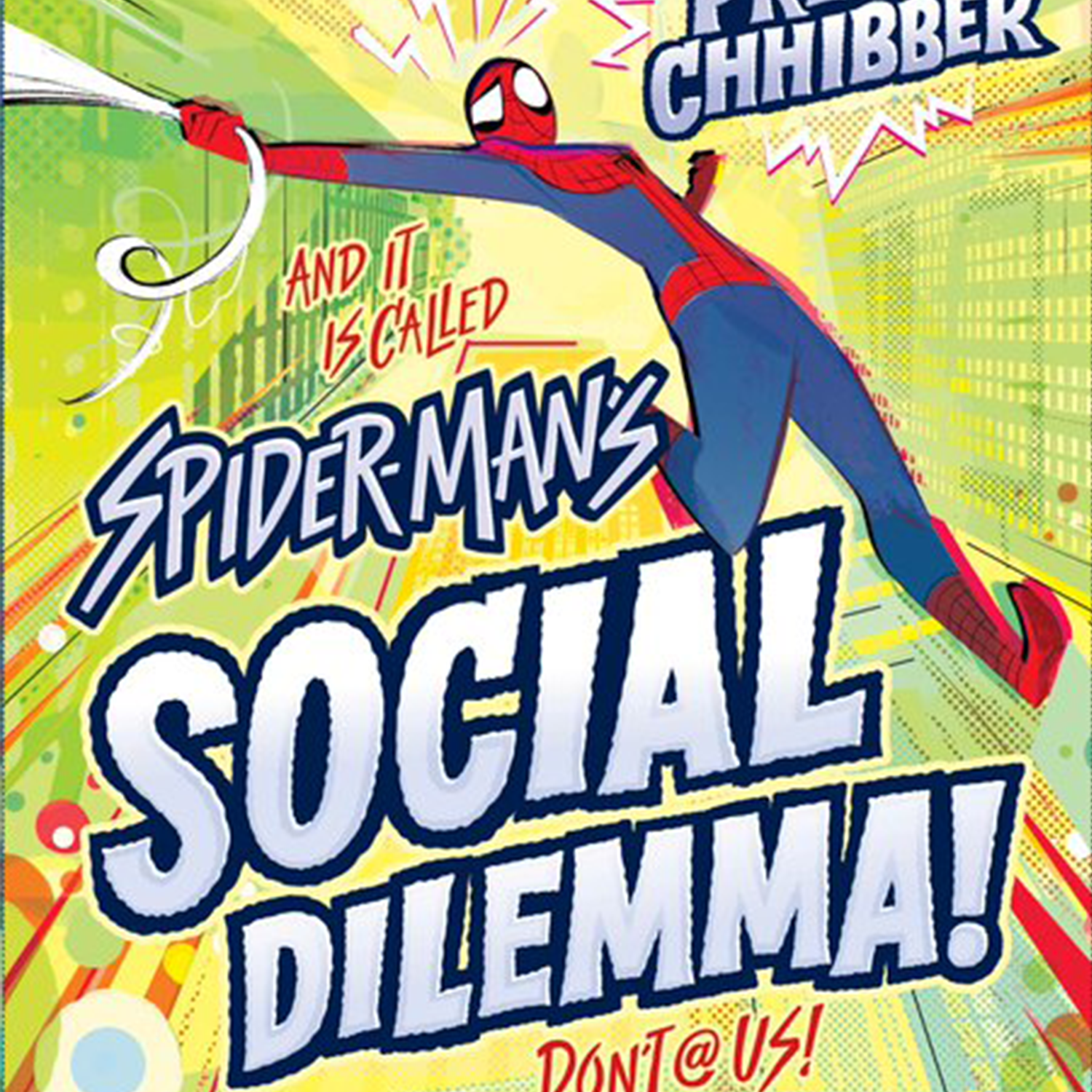 This article was also published on The Nerd Initiative website.

Being the number one superhero in the world, the stories of Spider-Man has been told in many forms: comic books, movies, tv shows, video games, etc. In the past few years, however, writer Preeti Chhibber has taken to telling his story in the form of Young Adult novels. Her newest book, Spider-Man’s Social Dilemma, is sure to be a hit with young readers!

Here is the description of the book by Disney:

The first in a three-book middle grade novel series by Spider-Man’s number one fan and hilarious fiction writer, Preeti Chhibber! Peter Parker has been swinging and thwipping his way through New York City as Spider-Man for just a few months, and balancing his double life is complicated. He goes to school and tries not to embarrass himself in front of his crush, MJ; he takes photos for the Daily Bugle and tries not to embarrass himself in front of his boss, J. Jonah Jameson; and he fights crime in the evenings and . . . well, he’s kind of always trying to not embarrass himself. Easier said than done when you’re a teen with spider powers you’re still getting used to. On top of all that, the notorious villain the Sandman is acting more strangely than ever, social media seems to be taking a toll on MJ, and someone keeps trying to steal an artifact that’s supposedly powered by alien matter . . . which can’t be good. Something eerie is going on, and Peter is determined to figure out what it is before things go from weird to dangerous. Told with Preeti Chhibber’s incomparable voice, which balances wit and charm with teenage earnestness and vulnerability, this series is full of action-adventure, humor, friendship, and, of course, heroism.

I had the chance to get early access to read the book, and I can’t say enough great things about it! The audience for this book is elementary and middle school readers. Still, even as an adult, I appreciated the new story of the web-slinger, the Easter eggs, and how relatable it is to see more of Peter Parker as that awkward high school kid trying to figure out how to balance the challenges he faces as a teenager and as a superhero.

Chhibber has done a phenomenal job of being able to write to her audience to have the stories relate to the real challenges that they face in school today. One of my favorite moments in this book is how she is able to capture some of the challenges and emotions that young readers experience with technology and how social media can unknowingly change their mood and outlook in their surroundings.

Very rarely does a book show how such things can impact even a lovable and level-headed character like MJ and it gives the reader a chance to self-evaluate if they have had similar experiences as well.

Writing a beloved comic book character in a Young Adult novel is no easy task, especially with a character with such vivid visuals. But Chhibber definitely knocked it out of the park with her writing. Not only does she capture the visual descriptions so well, but she also captures the essence and personalities of every character from the world of Spider-Man so perfectly that from page one, you feel like this is another story in the existing Spider-verse.

I know that I plan on getting this book for my own child and I can’t wait for them to read it.

Spider-Man’s Social Dilemma will release on July 26th. You can pre-order the book through the Little Shop of Stories website, and U.S. customers who pre-order will get a signed copy of the book.