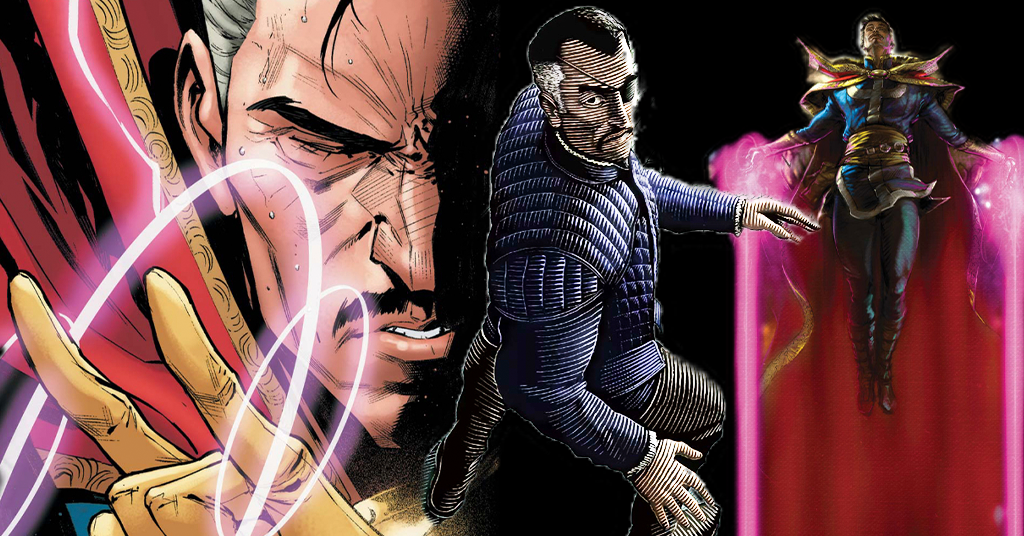 When it comes to unique characters in Marvel (whether it’s comics or the cinematic universe), there are very few who reach the level of Doctor Strange. A neurosurgeon who turned to the mystic arts after a life-changing accident, Doctor Strange has become the Sorcerer Supreme to protect Earth-616 from mystical evil, forces, and dimensions.

To celebrate this well-known character from the Marvel comics, I thought I would share what I believe are the top 5 issues of Doctor Strange.

WARNING: There will be spoilers for these comic issues.

Written by Neil Gaiman and drawn by Andy Kubert, this 2003 issue is the conclusion of the series 1602, which tells the story of Earth-311 and what the Marvel characters would have been like if they lived in, you guessed it, 1602. It takes place in England during the reign of Queen Elizabeth I. They treat the metahumans in this world as “witchbreeds”, which leads to a violent crisis. In this issue, unfortunately for our hero, he meets his untimely death trying to save the universe.

This 2005 issue was written by Tony Bedard, drawn by Jim Calafiore, inked by Mark McKenna, colored by Jung Choi, and lettered by Dave Sharpe.

Written by Jeph Loeb and drawn by David Finch, Danny Miki, and Peter Steigerweld, Ultimatum #4 is situated in the Ultimate Universe. In this world, Doctor Strange was married to Clea and together they had a son, but Doctor Strange left Clea while she was pregnant with him.

In this issue, we see a team-up of heroes takes on Magneto’s forces, one of them being Dormammu. Doctor Strange tries to defeat him to help save the world but unfortunately, he goes out in a very Doctor Strange in the Multiverse of Madness style.

Written by Tom Taylor and art by Iban Coello, Brian Reber, and Joe Sabino, Dark Ages tells the tale of what our Marvel heroes would be like if digital technology or electricity didn’t exist.

In this event, a living machine that was asleep deep in the Earth’s core was awakened and planned to destroy the entire planet. Some of Marvel’s strongest heroes tried to stop it but many of them died in mere seconds. In order to stop it, Doctor Strange had to summon a living EMP bomb from another dimension to keep the machine from turning on, which also prevents any electromagnetism from existing anywhere on Earth. During the process, however, Doctor Strange was killed.

Written by Jed Mackay and artwork by Lee Garbett and Antonio Fabela, The Death Of Doctor Strange starts the issue off by going through the typical day of Doctor Strange. Waking up, brushes his teeth, eating breakfast, perform surgery, fight off mystical evils, and repeat. But at the end of one day, he opens his door to an unsuspected stranger that ends up murdering him in his own home.

This article was originally written and published for Nerd Initiative on October 29th, 2022.